The Massa-Carrara area in northern Tuscany is home to the Apuan Riviera, a twenty-kilometre stretch of coastline where white marble mountains melt into a turquoise sea in the blink of an eye. Originally in Emilia-Romagna and only becoming part of Tuscany in the census of 1881, this expanse of land is home to Massa and Carrara, two culture mines not to be missed.

Today, very much Tuscan in spirit and identity, the area is a welcome break from the well-trodden streets of Florence and Pisa. Leave no stone unturned and set aside three days for an immersion in this often-overlooked corner of Tuscany.

5km from the Tyrrhenian sea lies Massa, the capital of the province that dates from 822 and became a medieval urban centre in the 11th and 12th centuries. Twinned with Carrara but distinctly charming, you’ll start your three-day culture cruise in the centre of town at piazza Aranci. Sit down for a coffee in the square lined with candy coloured buildings and fruit trees before walking to the 13th century Cathedral of Saints Peter and Francis, home to works by Pinturicchio and Benedetto Buglioni. For art enthusiasts this can be nicely complimented with a visit to the Diocesan Museum, a Ducal palace from the 15th century. Here, you can see two striking altarpieces by Renaissance painter Bernardino del Castelletto, originally from Lombardy but active at length in Massa; a polychrome wood sculpture of a monk saint by Iacopo della Quercia; and a bronze crucifix attributed to Gian Lorenzo Bernini.

As the sun sets over Massa, take a pre-dinner stroll around the The Guadagnucci museum, an 18th century palazzo and gardens, that houses a unique collection of works by marble sculptor Gigi Guadagnucci. Head on to one of Massa’s traditional trattorias for some traditional Massesi dishes such as marinated salt cod or torta d’erbi, a typical spinach and ricotta pie from the area.

For those looking for a spa break, Cinquale di Montignoso is the perfect place for a relaxing holiday at the hot springs or on the beach. There are also many historic buildings that stand out in the area, including the famous Aghinolfi Castle, with its unique octagonal shape. A visit to the castle will allow you to enjoy a beautiful view of the sea and the mountains.

Start the day with a short walk up to the rocky hills of the Apuan alps to visit Malaspina Castle, a 12th century castle that has undergone various transformations throughout the years. Despite being a prison from the end of the 19th century to 1946 it has some beautiful internal and external frescoes plus a wonderful view of the surrounding countryside.

In the afternoon, make your way to Carrara the world capital of marble and where Michelangelo himself sourced his materials. To ease yourself into marble Disneyland stroll through Carrara’s streets to find the Venus statue by Aldo Buttini. A monument depicting the roman goddess of love that was abandoned in an artist’s studio for thirty years before being found by the city’s administration and displayed at the entrance to the city.

With a ticket that covers all three of Carrara’s most famous museums there’s no reason to miss out. The Centro Arti Plastiche, Carrara and the Michelangelo museum (CARMI) and the Marble Museum will give any visitor a complete overview of the world renowned alabaster stone. The Centro Arti Plastiche is a cool contemporary art spot showcasing the best of marble’s contemporary artists and sculptors. Meanwhile, CARMI offers the visitor an experience of the three protagonists of the area, marble, Michelangelo and Carrara while the Marble Museum tells the history of the material from Roman times until the present day.

For a leisurely last morning in Carrara, visit the Giorgio Conti Foundation at the Cucchiari palace, a one-of-a-kind collection that having previously hosted works by Canova and Giuliano Vangi, continues to put on a number of painting and sculpture exhibitions a year. Wondering through the palace’s frescoed rooms past the swirling staircases the passion Giorgio Conti had for his beloved city of Carrara is palpable and leaves most visitors with a fond memory of the town.

Although more recognisable in the form of Michelangelo’s David, Carrara’s marble is better seen up close in its natural habitat. To understand where this white gold comes from it’s worth driving the short distance to Colonnata, a precariously placed village nestled in the shadows of imposing cliff faces. Here, you’ll find a modern marble sculpture of Christ, Cristo dei cavatori, who looks to the heavens commemorating the miners that lost and still lose their lives mining this coveted stone. It’s also where you can taste the unmissable lardo di Colonnata, a traditional salami made with pork lard cured in Carrara marble vats best eaten cut into thin slices and laid over a piece of toasted bread.

mapShow on map
You might also be interested in
On the trail of Michelangelo’s David: 4 stops on a Tuscan artistic pilgrimage
Massa: a trip through mines, wines, and timeless flavours
Massa, a trip through nature
Massa and Carrara, a journey into art, history and food
Races and Marathons in Tuscany
Flavors of the Lunigiana and Candia hills
Land of white gold: from Carrara to the Apuan Alps
Strolling around Massa’s historic centre 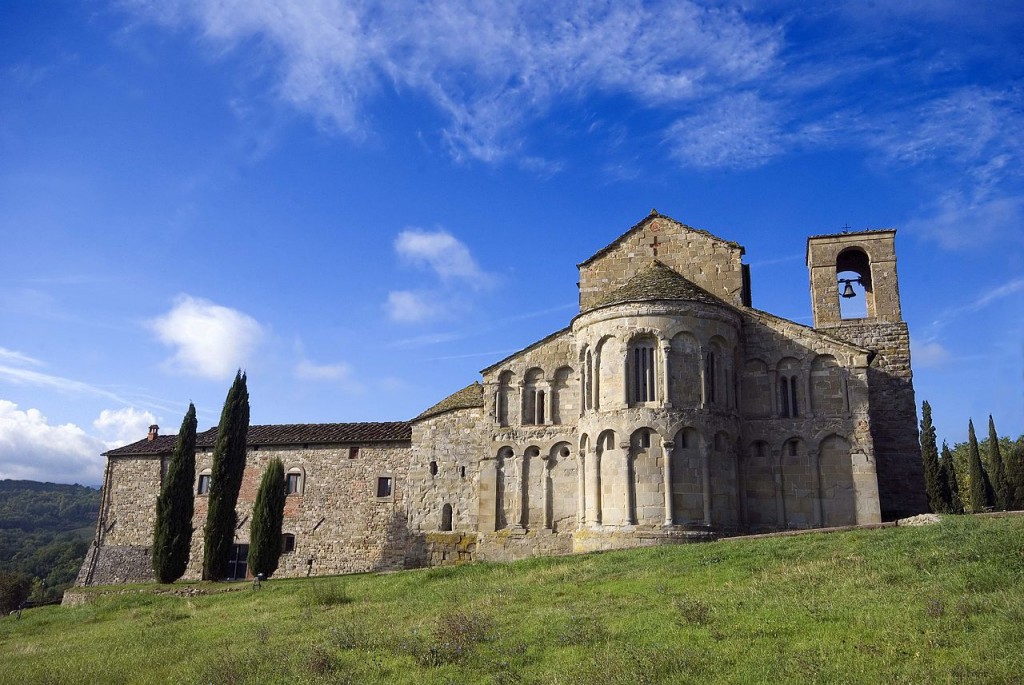 2,238 likes
Attractions
See all the attractions
A UNIQUE HERITAGE IN THE WORLDArt and Culturekeyboard_backspace
Ideas Brunelleschi: life, facts, curiosities and art