menu close
Highlights
10 fun things to do in the winter
Winter
Where to go
Coast
Mountain
Countryside
Towns and Cities
What to do
Ideas
Itineraries
Time-based tours
Events
Plan your trip
Accommodation
Deals
This tour starts in Barberino di Mugello, and not by chance. The first part, in fact, runs along the route of a famous bicycle race that was held in Mugello until just a few years ago: the Barberino – Futa Pass Crono-Scalata. For numerous years, well-known cyclists, both amateur and professional, have competed in this evocative ascent.
First leg
From Barberino to Passo della Futa

The tour starts in the town square, which hosts an open market every Saturday, and on which some of the town’s main buildings stand, and moves towards the Futa Pass – also present in the Barberino – Fiorano Modenese stage of the 2007 Giro.

Once outside the town and past the intersection with the road leading to Montepiano, which is a village that is situated in the Prato Apennines and can be reached by the road that from Mangona crosses the steep Crocetta Pass, the road enters a forest and starts an ascent that is at first gentle and then definitely trying. To reach the Futa Pass the road passes through the localities of San Gavino, Montecarelli, Santa Lucia, Monte di Fo and L’Apparita.

At 14.5 kilometres from the start of the tour, we find ourselves at the Futa Pass (903 metres above sea level) at what is known as the 'muraglione', or the 'great wall'. It was, in fact, constructed to protect travellers and carts from the rough winds, and provides a perfect rest stop. There we'll find a plaque in memory of Gastone Nencini, whose feats in the 1960s brought fame and glory to this harsh and difficult area. Raised on a pole on the left is a German flag to remind us of the presence of one of the most important German war cemeteries in Italy.

Once across the pass, we move in the direction of Bologna. The road is has many climbs and descents, some that run through forests and others that are out in the open and allow us to admire the majestic Apennine landscape that towers above us. Eventually, the road slopes down to the Santerno River valley.

Just past the town of Il Covigliaio, at 22.7 km, instead of taking the road that leads up to the Raticosa Pass, we turn right towards Firenzuola, the home of “the pietra serena” (grey sandstone). This strip of road descends quickly and, though it is extremely fascinating ,it is not always protected by guard rails.

At 28.8 kilometres, we reach the bottom of the valley and turn back towards the Futa Pass along another route. At Cornacchiaia (31.4 km), we start a new ascent. At this point, we may want to fill up on water and, if necessary, have something to eat before tackling the second climb of the day. The ascent is gentle until we reach 32.8 km, but then the road climbs at a minimum gradient of 5 percent for the next 6 kilometres, touching peaks of 10-12 percent after Castro di San Martino and Segalari. A considerable amount of strength is needed to make the climb, and it must be dosed especially well if you don’t want to risk “collapsing” before reaching the peak.

At 38.7 kilometres, we reach the Futa Pass and on the left we descend towards Barberino di Mugello. We will not, however, take the same road down. At Santa Lucia (42.8 km), in fact, we again turn left, his time towards the town of Panna, where the mineral spring by the same name is found (not at all unusual in this territory  which is rich in springs). The road climbs and dips through the forest until, in the last stretch, it descends rather quickly. The view is splendid, and given the almost total absence of cars, we can allow ourselves to be lulled by the bends as we glide down to the bottom of the valley.

At 50.9 kilometres from the start of our journey we reach Galliano. We cycle through the open plains towards Barberino. Before returning to our starting point, we can admire Bilancino Lake, an artificial lake that was finished in the 1990s and that has given this part of Mugello a new dimension. It is not only a tourist attraction and a significant font of income for the territory, but also a strategic water reserve for the entire province.

At the crossroad, we turn left onto state road 65, but several hundred metres later, at the roundabout, we go right towards Barberino. A small ramp leads through a short tunnel (opened in 2007) and to a road that coasts the south side of the lake. The limited traffic and lack of difficult climbs allows us to fully enjoy this part of Mugello, which, though it is changing, is still firmly tied to its bucolic past.

After the 66.4 kilometre tour that has allowed us to conquer one of the Apennine passes that is most treasured by cyclists, and to therefore follow in the footsteps of the numerous champions of this challenging and yet fascinating sport, we finally reach Barberino di Mugello. 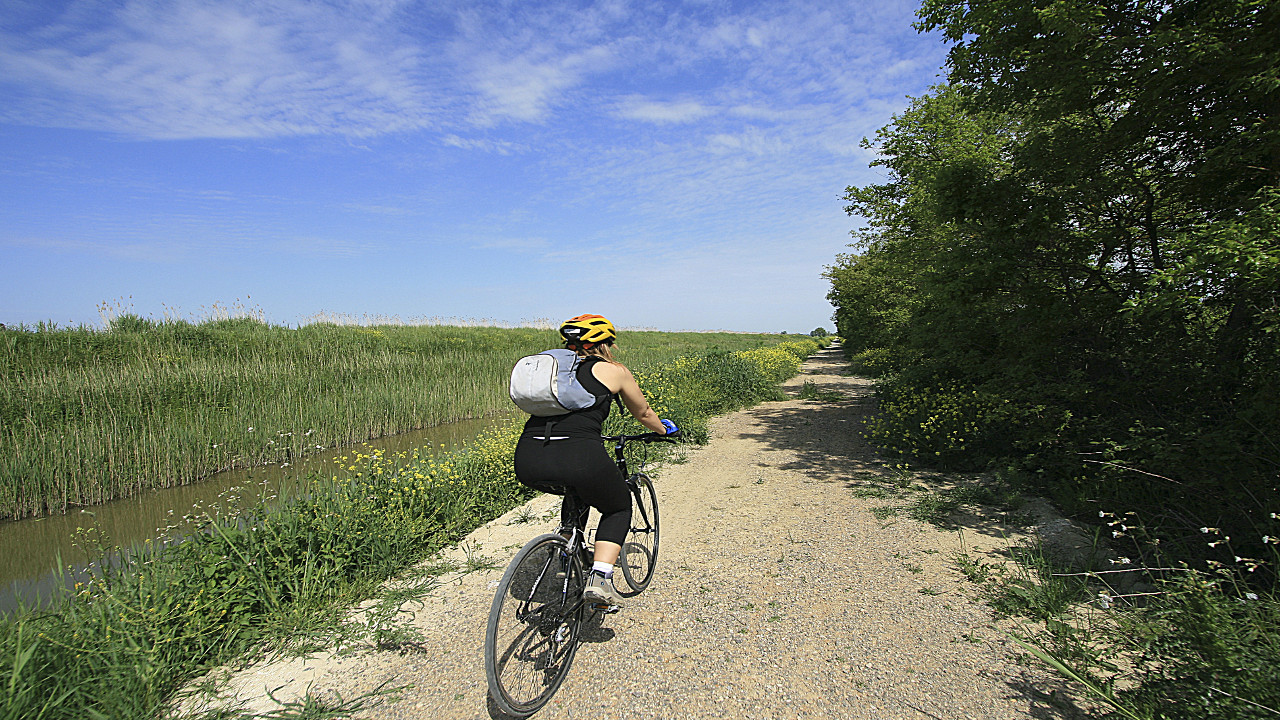