Abetone’s success in tourism began in the 19th century, after the construction (dating to the late 1700s) of the road commissioned by the Grand Duke of Tuscany Pietro Leopoldo and the Duke of Modena Francesco III. In a short time, the town became a popular place for summer vacations. With the introduction of skiing – as was said then – from Norway, winter tourism began to take hold here as well.

Winter resorts came into fashion in the 1930s, and in 1937, the first ski lift, called the Slittone, was built. The real boom came in the 1950s, when the efforts of skier Zeno Colò brought Abetone to the international forefront.

The winter mountain isn’t just used for skiing, however. Snowshoe hikers will find this Pistoia mountain the ideal terrain for their activity. Numerous trails are available and it’s possible to choose tracks that are halfway up the mountain or along the ridge, enjoying the vast horizons, from the mountains to the sea, on calm days. One of the most beloved trails by snowshoers is definitely the one running between Abetone and Libro Aperto, one of the emblematic mountains of this area. The curious name comes from the shape of the mountain group which, if seen from Valle della Lima, seems like a large open book propped up on a stand.

first leg
From Abetone to the Casetta di Lapo Refuge

The itinerary begins at the Abetone Pass, where you can leave your car in piazza delle Piramidi, named for the presence of two monuments commemorating the construction of the ducal road that, at the end of the 1700s, linked Modena and Tuscany.

From the piazza, head up the asphalt road and follow the signs for the cross-country skiing trails. Around the cabin at the beginning of the trail, take the route to the left; this allows you to do the first stretch of the itinerary without “trespassing” on the trail.

The two trails run parallel to one another through the forest for around 2 kilometres, until the town of Fontanina. Here, the route intersects with the ski trail. Following the 00 marker, continue up the side of the mountain until you reach the top. Along the way, you’ll see various boundary stones indicating the border between the Este territory and the Florentine state.

Heading down the opposite ridge, you’ll arrive shortly in the town Foce delle Verginette and from here, the Casetta di Lapo Refuge (open only in the summer).

From the refuge, continue following the 00 marker, heading up the slope that from here will become a little more difficult, though never extreme. Along the way, you’ll cross through shrubland and fields.

It’s about a one-hour walk to reach the southern pass of Libro Aperto, almost at the end of the climb. Here, take a much-deserved break to admire the view, which on a clear day ranges from the Adriatic to the Alps.

The 250 metres of trail separating the highest point of Libro Aperto (the top of Monte Rotondo, at 1,937 metres) can be traversed in no time at all. What will definitely take a while is the time needed to admire the views that can be seen from the summit and to savour your satisfaction of having arrived there.

From the top of Monte Rotondo, return to the southern pass of Libro Aperto, where, instead of going back the way you came, you’ll continue along the wide ridge following the markers for the 495 trail.

The route continues down the mountain toward the west, offering stunning views, before reaching the Casetta di Lapo Refuge.

Get directionskeyboard_backspace
map Show on map
fourth leg
From the Casetta di Lapo to Abetone, via Valle della Lima

The route from the Casetta di Lapo briefly retraces the direction you came in. Once you’ve reached the slopes of Monte Maiori, before beginning the ascent, take the forest road that circles around slopes to the south.

About halfway around the perimeter, where the road changes direction, facing toward the north-west, take the trail on the left and head down into Valle della Lima, cutting across the side of Boscolungo at about 100 metres lower than the trail you took to arrive here.

The trail merges with via dei Bovi around the Abetone cemetery, from where, following another route that leads upward to your right, you’ll quickly reach the piazza and the itinerary’s starting point.

Get directionskeyboard_backspace
map Show on map
You might also be interested in
More than skiing: hiking near Abetone
A Weekend in the Pistoia Mountains: ski trails and charming towns
Pistoia: paradise for foodies!
Historical villas and gardens in Tuscany
Harvesting herbs for cooking, in Pistoia
Museums in Pistoia
5 fabulous small towns to visit during winter
Nature and thermal spa tour through the Apennines

&
Snow
Time-based tour
A Weekend in the Pistoia Mountains: ski trails and charming towns
Two days of sports and delicacies, from Abetone to Cutigliano 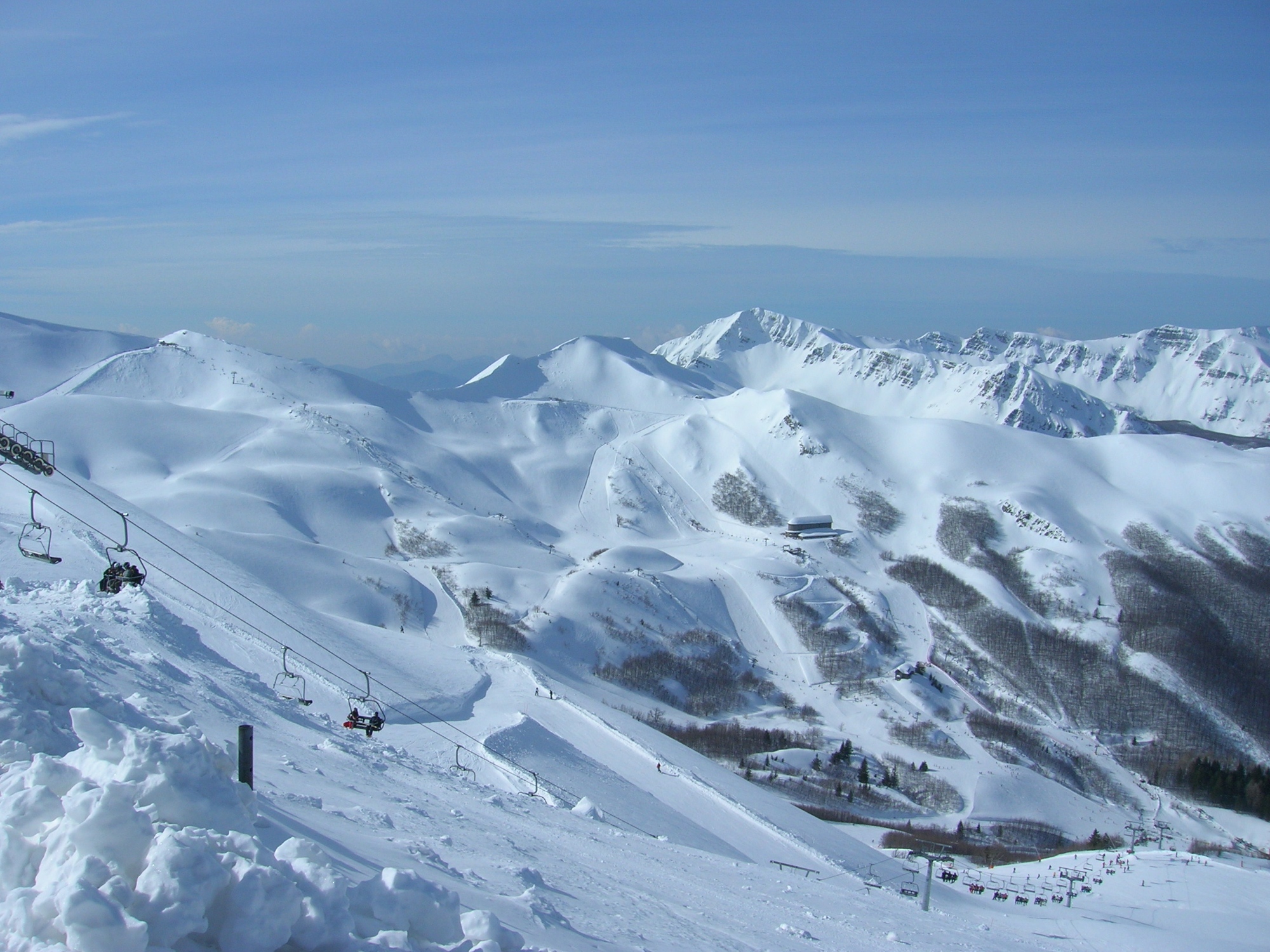 598 likes
Skiing in Tuscany
FOLLOW THE SILVER SHAPE OF TUSCANY'S MOUNTAINSSnowkeyboard_backspace
Ideas 3 tips to enjoy your Winter in Tuscany
10 fun things to do in the winter
Winter
collections Modigliani and the Adventure of Montparnasse. Masterpieces from the Netter and Alexandre collections From 07 Nov 2019 to 16 Feb 2020
thumb_up Disfida dei Falò On January 17 and 31
collections Hinthial: The Shadow of San Gimignano From 01 Dec 2019 to 31 May 2020
FACEBOOK TWITTER INSTAGRAM PINTEREST YOUTUBE FLICKR
Coast
Mountain
Countryside
Towns and Cities