The Gaiole in Chianti castles trail winds its way along the SS 408 road, the old Chianti road that runs parallel to the Massellone stream and partly beside the Arbia river. It’s a hilly route into the surrounding countryside.

Steep hills, oak forests, olive groves and remote vineyards distinguish the area. It was populated in Etruscan times, as testified by the Tomb of Castellina, and later by a Roman presence, as shown by the remains of a second to third century AD burial ground. Churches were erected here in the Middle Ages, landowners settled in the castles and wealthy merchant families had villas built, turning the land into large farms.

Being bored isn’t an option here with the myriad footpaths, horse riding trails and bike paths as routes wind up and down the hills to reveal the local scenery and abundance of history.

Cacchiano Castle belonged to a branch of the Ricasoli family from the thirteenth century onwards and experienced the same historical events as Brolio Castle. A Florentine stronghold, it was conquered and wrecked by the Aragons, allies of Siena, in 1478, before being rebuilt straightaway and then raised and razed again in 1530 by Siena.

The estate now consists of buildings that date to different times. The oldest part would appear to be the south side, which albeit altered over time still maintains a support spur in rough masonry, while two acute bastions protrude on the east and north sides, perhaps dating to the sixteenth century, with spaces for harquebuses. The north wing was converted into a Late Renaissance villa featuring elegant windows.

Brolio Castle stands on top of a hill in all its majesty. The castle, erected in 1009 during Florentine rule, was assigned to a branch of the Firidolf family: the Ricasoli. The castle is of strategic importance given its location on the Florence-Siena border. Brolio was sieged by the Aragons in 1452 and was conquered and destroyed in 1478. It was rebuilt according to plans by Giuliano da Sangallo sometime after 1484.

Today’s castle is shaped like an irregular pentagon with walls rising up from the deep supporting foundations with archer and gun holes at various heights. The brick castle, inside the walls, was rebuilt during the 1800s by Baron Bettino Ricasoli according to the Neo-Gothic movement at the time.

Two kilometres before reaching Gaiole, a road on the right leads to Meleto Castle, which was erected in the late twelfth century and settled by a branch of the Ricasoli family. It was occupied for a short time by Sienesi in 1478, although a new siege in 1529 put an end to the occupation.

The current building is almost square in shape with an older tower in the middle. Two cylindrical keeps, which perhaps date to the fifteenth century, are located in the south and east corners. The rest of the building was converted into a villa in the mid-eighteenth century, as seen in the small refined Renaissance-style courtyard, the painted ceilings and the trompe l'oeil. A charming tiny theatre where the Ricasoli family held opera performances and concerts is unique in the whole of the Chianti area.

Returning to the road leading up into the mountains of Chianti, about 850 metres above sea level, visitors come across the rural villages of Rietine, San Martino and Castagnoli, an impressive building attacked in vain by the Sienesi in 1478. Castagnoli is a striking stone polygonal castle featuring rounded corners and a picturesque courtyard in the middle.

Several mountain villages are situated as you go down into the Valdanese from the Monteluco ridge: Nusenna, Starda, Fietri, Linari and San Vincenti. The latter vaunts a Romanesque church that dates as far back as 700 AD, which was the cause for conflict between the bishops of Siena and Arezzo, an argument that was resolved by the Longobard King Liutprand.

At the south end of Gaiole there’s a road (called Massellone) on the left, which heads for Barbischio, a pretty little village with houses grouped around an old tower on a hilltop. The upper ruin remains of the castle dating to 1010, saved by an intervention according to modern restoration principles.

From Gaiole the SS408 road leads to the Valdarno and towards the A1 Firenze-Roma highway. After 5 km of woodland we reach the Coltibuono pass with its crossroads, turning right to reach Torre di Cancelli, a beautiful stone building that was originally the Montegrossi outpost. This tower is a striking ruin that could be adopted as a symbol for centuries-old Chianti, dominating as it does the lands of the old league, namely Gaiole, Radda and Castellina. Now only the village and a gradually dilapidating tall stone tower remain of Montegrossi.

Take a left off the pass to reach the Abbazia di Coltibuono, a beautiful old monastery hidden in the greenery of a pine and fir forest. The building dates to around 1000. Records mention a small church, an oratory, that was restored and converted into a monastery in 1037, when it was entrusted to the monks of Vallombrosa, a religious order that was established to combat the corruption that dominated the ecclesiastical hierarchy at the time. The monastery prospered and was extended thanks to the land. After historical events in 1810 under Napoleonic rule, the assets were expropriated, the monks cast out and the monastery was sold at auction. The complex is now home to a top winery and agricultural estate.

It’s a striking and extensive complex that’s rich in charm and dominated by an impressive bell tower. Only a few elements remain of the monastery’s original fortifications.

Get directionskeyboard_backspace
map Show on map
You might also be interested in
Hiking the ring route between Greve and Panzano
The most beautiful villages in Tuscany
5 retirement destinations in Tuscany
Chianti and the Val d'Elsa by bike
Via Cassia on a motorcycle
Chianti Classico: from Florence to Siena
10 small towns near Florence
5 reasons to visit Gaiole in Chianti 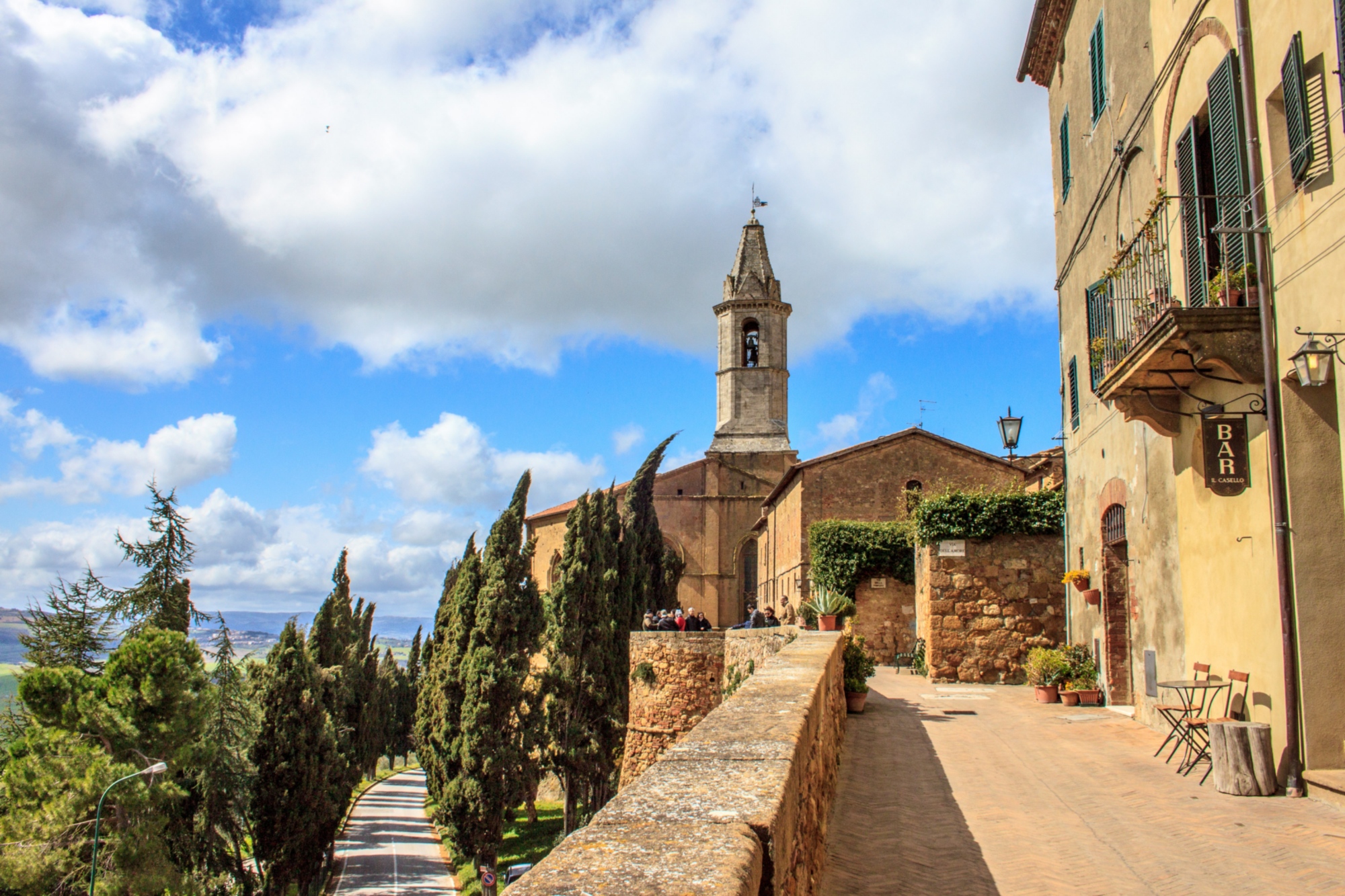 205 likes
Wedding locations
ITINERARIES AND IDEAS FOR A FAIRYTALE WEDDINGRomantic and Weddingkeyboard_backspace
Ideas Enjoy Tuscany and its panoramic views
In this area
hotel 84 Accommodation facilities event 1 Event
In this areaclose
hotel 84 Accommodation facilities arrow_forward event 1 Event arrow_forward
10 fun things to do in the winter
Winter
collections Modigliani and the Adventure of Montparnasse. Masterpieces from the Netter and Alexandre collections From 07 Nov 2019 to 16 Feb 2020
thumb_up Disfida dei Falò On January 17 and 31
collections Hinthial: The Shadow of San Gimignano From 01 Dec 2019 to 31 May 2020
FACEBOOK TWITTER INSTAGRAM PINTEREST YOUTUBE FLICKR
Coast
Mountain
Countryside
Towns and Cities