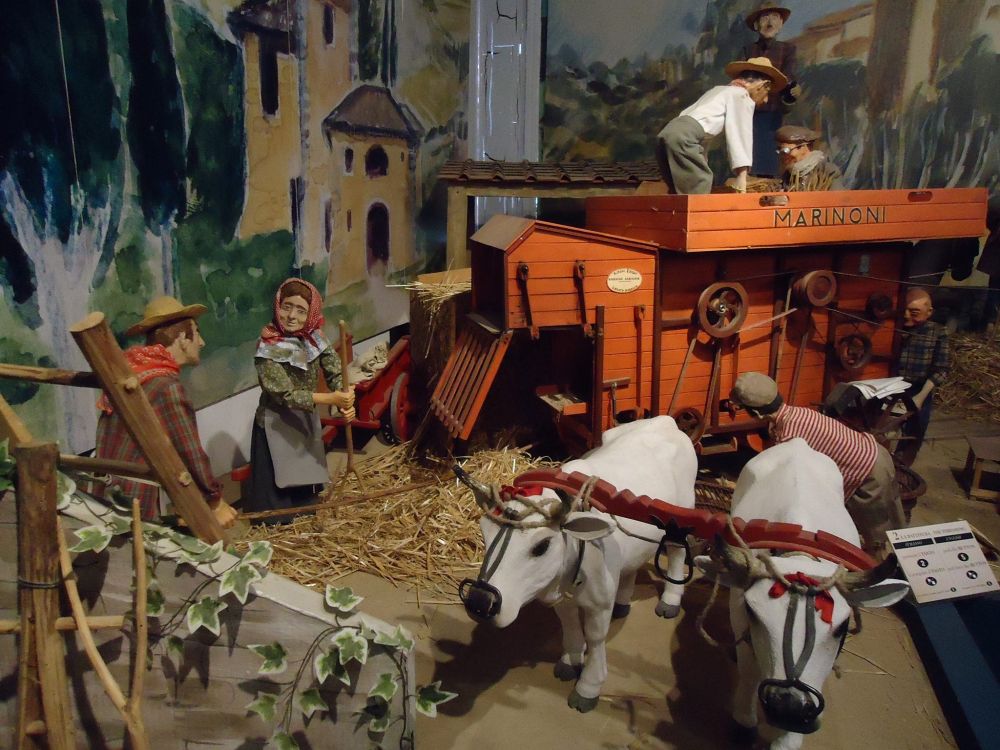 Scarperia e San Piero Medicean country in the Apennines On a day like any other, June 28, 1569Read the story

The municipality of Scarperia e San Piero is located in the Mugello, surrounded by beech and chestnut trees and spruces that mark the start of the Tuscan-Emilian Apennines. Thanks to its quaint atmosphere, it’s been declared one of the Most Beautiful Villages in Italy.

The heart of the fortified town is Palazzo dei Vicari, a severe and turreted residence built in the 1300s, with the piazza facing the front and the castle behind it. It was restored after a 1929 earthquake, redesigned to look more like Palazzo Vecchio in Florence; it’s actually believed that the two palaces were built by the same architect, Arnolfo di Cambio. The façade is decorated with several coats of arms of former vicegerents, or vicari in Italian, including some very interesting glazed terracotta ones made in the Della Robbia workshops and by Benedetto Buglioni.

The interior boasts Renaissance frescoes which contrast with the austere appearance of the exterior. On the upper floor, in the first room, you can admire a Madonna and Child with Saints (1554) by the Ghirlandaio school. The palace also houses the Museum of Knives and Cutting Tools. Scarperia has long been famous for its artisan production of blades, a trade that’s even at the centre of a few festivals, like the Diotto, which includes a knife-throwing competition.

In the main piazza, there are two interesting religious buildings. The first is the Propositura, founded in 1326 and dedicated to Saints James and Philip: the church contains a marble tondo by Benedetto da Maiano, a tabernacle by Mino da Fiesole and a crucifix by Sansovino. The other building, dating to 1320, is the Oratory of Madonna di Piazza, which was once where the solemn assignment ceremony of the vicegerents took place. The building houses the Madonna di Piazza by Jacopo del Casentino, rediscovered in the well in the piazza according to tradition. Lastly, Scarperia is also home to the Museum of Sacred Art and the Archaeological Documentation Centre in Sant’Agata.

Close to the Sieve River, you can find San Piero, a medieval village whose importance grew thanks to the nearby bridge over the Sieve, a strategic transit point for reaching the Giogo Pass. The Parish Church of San Pietro is interesting to visit, one of the oldest in the Mugello. The current building, dating to the mid-12th century, was very likely built atop an earlier structure considering the church was mentioned in 1018. In the church and the rectory, there are a few artistically-important objects, including the baptismal font in glazed terracotta attributed to Giovvani della Robbia. In front of the church, there’s the oratory of the confraternity that, since 1275, ran the town’s hospital. It’s worth visiting the Bosco ai Frati Convent– one of the oldest in Tuscany – home to the Museum of Sacred Art, which includes Dontatello’s Crucifix. You’ll also want to see Trebbio Castle, a former Medici residence and a UNESCO World Heritage Site along with the other Medici Villas in Tuscany.

For car and motorcycle enthusiasts, Scarperia e San Piero is an important centre for the industry, as this is where the Mugello Circuit is located.