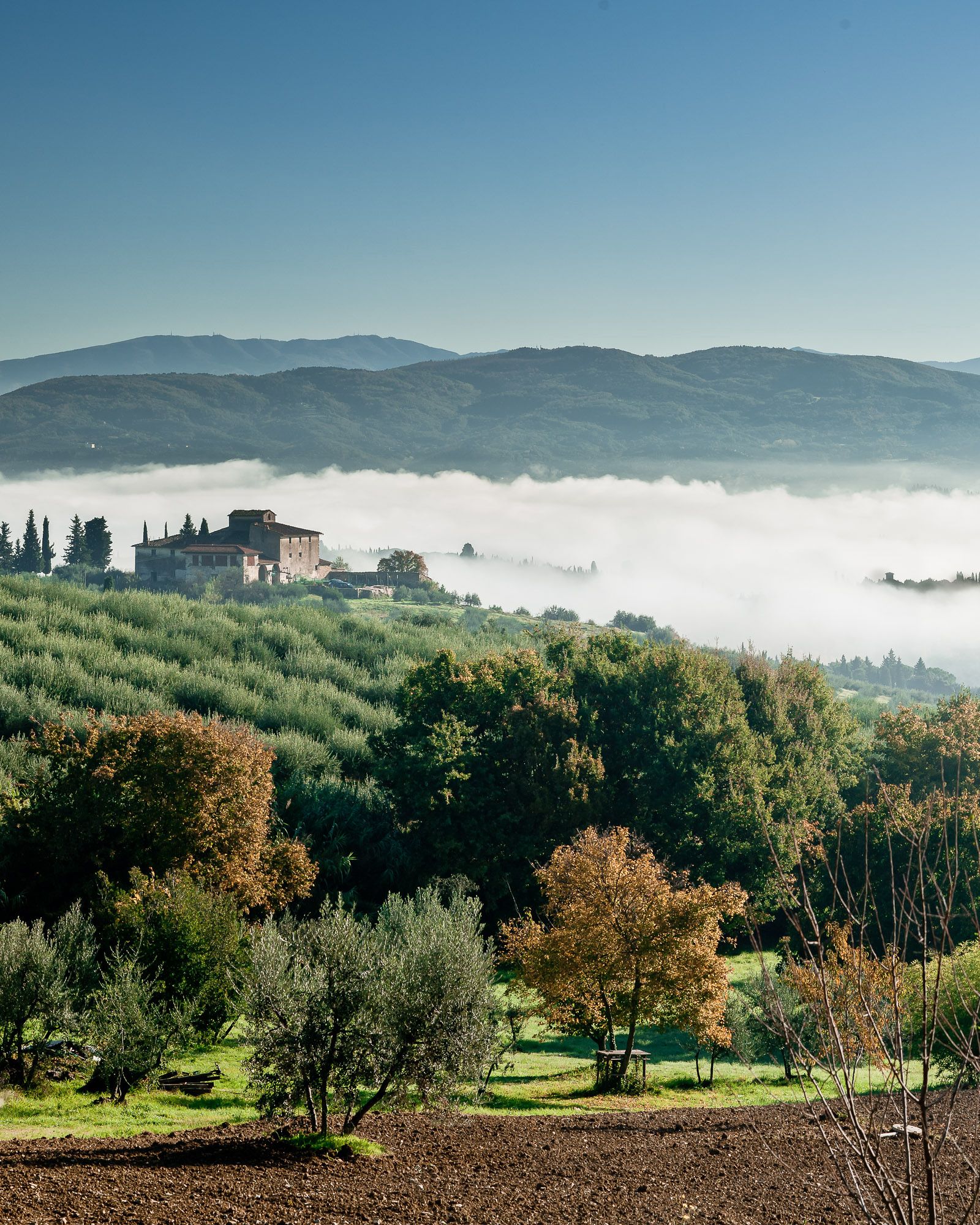 Impruneta The fire of Impruneta From raw earth to the World’s Dome, without forgetting to dress it well ~ by Marco VichiRead the story

First inhabited during the Etruscan and Roman periods, Impruneta is a town on the outskirts of Florence, characterised by the direct contact with the countryside in which it is immersed. To some extent, the description given by Giovan Battista Casotti in 1714 is still relevant today: “Impruneta is a collection of twelve little villages, situated in close distance to one another, or to put in simpler terms, gathered almost in a pile above the hills that rise in the area, known as the Contado Fiorentino, which takes on the name of Valdigreve, from the River that flows through it; it stands just over six miles from from Florence, heading south-east.” Since the Middle Ages, Impruneta has naturally been tied to the political and economical events of neighbouring Florence.

The real beating heart of Impruneta’s community is the celebrated Sanctuary of Santa Maria, established in 1060. In fact, it is likely that this was a place of worship since the Etruscan era. The actual cathedral was founded following the discovery of the sacred image of the Madonna – which has traditionally been assumed to be painted by Luke the Evangelist – and is now conserved inside the sanctuary. The Madonna of Impruneta was held dear to the Florentines for another reason and was moved across the city on several occasions since the 15th century. In 1711 it was even proclaimed co-patron of the city of Florence. Originally in a Romanesque style, the parish church underwent several adaptations over the centuries, so much so that only the original crypt is preserved, while the rest of the structure presents a simple Renaissance appearance. Renowned works by Michelozzo and Luca della Robbia are held inside the church. Over the centuries, the cult of the Madonna of Impruneta has encouraged the accumulation of various ex-voto gifts that are today conserved in the Sacred Art Museum adjacent to the church, along with a series of illuminated manuscripts.

Impruneta is also known for its great and ancient tradition of producing clay-bricks and terracotta. Throughout the centuries, Impruneta tiles have become a characteristic and distinctive element of Tuscan architecture and landscape, as well as being a famous product exported to the rest of the world. Among the most iconic examples are the roof tiles of the Brunelleschi’s dome atop Santa Maria del Fiore and the terracotta used in the construction of the Medici villas, many noble palaces and those used in moulding the Della Robbia sculptures.

Besides the most celebrated kilns (such as the one in Agresti), it is worth having a look at the town’s piazza Buondelmonti, a traditional meeting place for merchants and the setting of local festivities (the most famous being the grape festival celebrated on the last Sunday in September). This piazza is also known for the famous graphic illustration by Jacques Callot from 1620, which portrays it during the feast of Saint Luke. According to tradition, the peposo, a popular Florentine stew, was also invented here, which was traditionally believed to be stewed at length in the kilns used to heat up the terracotta. &
Area
All around Florence, a patrimony of villas, castles, enchanted forests and hills
The power of art and the vitality of culture in Florence, stretching back to Antiquity, have an energy that expands all throughout Tuscany. ...
Morekeyboard_backspace
Other towns and cities in Florence Area
Scandiccikeyboard_backspace place 4 Attractions
Bagno a Ripolikeyboard_backspace place 4 Attractions explore 3 Itineraries
Pelagokeyboard_backspace place 1 Attractions explore 3 Itineraries
10 fun things to do in the winter
Winter
thumb_up Viareggio Carnival From February 1st to 25th
collections Hinthial: The Shadow of San Gimignano From 01 Dec 2019 to 31 May 2020
thumb_up Carnevale dei Figli di Bocco Two Sundays in February
FACEBOOK TWITTER INSTAGRAM PINTEREST YOUTUBE FLICKR
Coast
Mountain
Countryside
Towns and Cities