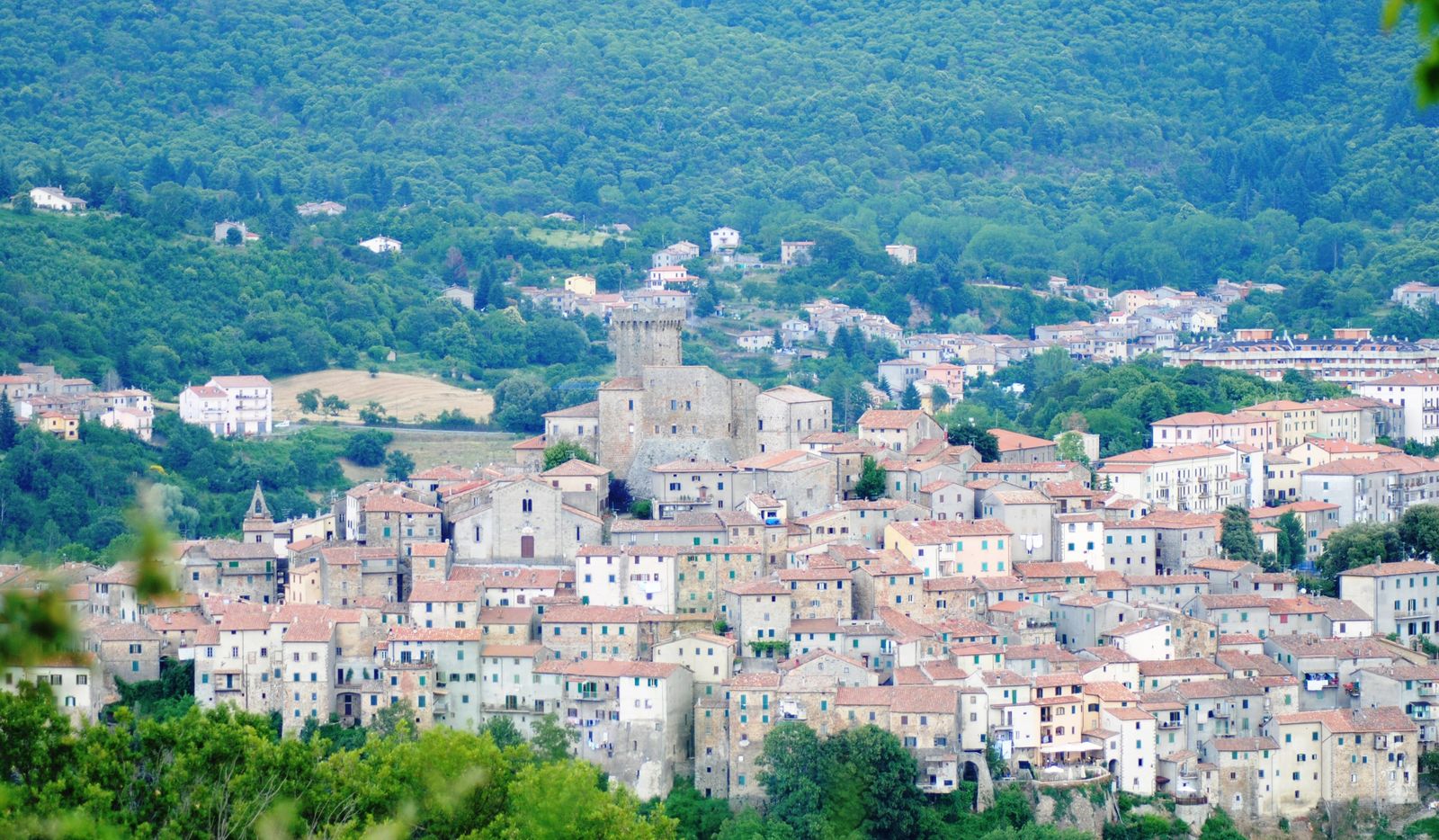 Arcidosso is one of the loveliest towns around Monte Amiata. Striking and characterful, the oldest part of the town is characterized by the Rocca Aldobrandesca, attacked by the Sienesi in 1331 under the command of Guidoriccio da Fogliano and which passed under Medici control in 1559.

Arriving in Arcidosso one of the first things that grabs your attention is the imposing Monument to the Fallen at Work. To the right of the steps you find a stone showing where David Lazzaretti, the Amiata Prophet, was killed in 1878.

Before accessing the old town center, stop at the church of Madonna delle Grazie (or dell’Incoronata), one of the holiest sanctuaries in the Amiata. Myriad artworks reside here, all by the Sienese school, including the “Virgin Mary in Glory among the Saints Sebastiano and Rocco” by Ventura Salimbeni and a “Madonna with Child” dating to the early 1400s from the Palazzo della Capitaneria, now on display on the main altar.

Immediately outside the Porta Talassese you will find the little gem of the Sant’Andrea Church, dating to 1118. Along the road that leads to the center there’s an odd neogothic fountain in cast iron, crafted in Follonica by the grand ducal foundries. A few ramps and you reach the bottom of the Rocca, looking out over a quiet piazza. Now it’s time to explore the paved streets that make up the heart of the town. Check out the medieval San Niccolò Church. A downhill slope leads to the Terziere del Codaccio neighborhood and San Leonardo church, erected in the twelfth century and reworked in the 1500s. The interior, ruined in World War II, houses a number of important paintings, including the Beheading of St. John the Baptist (1588-89) by Francesco Vanni. On the road to Montelaterone, a downhill section among beautiful chestnut groves leads to the Pieve di Santa Maria ad Làmulas, built in 1268 on the remains of a older building but considerably reworked in the late nineteenth century.

Spirtuality lovers will love Monte Labbro, near Arcidosso, which in addition to being of notable ecological interest (it is protected by the Monte Labbro Nature Reserve), is famous for Torre Giurisdavidica, the tower at the top of the area. This is all that remains of the religion founded by David Lazzaretti in the 1800s. Also on the slopes of the same mountain stands the Merigar West Temple, since the 1980s, the spiritual retreat of an important Tibetan community.